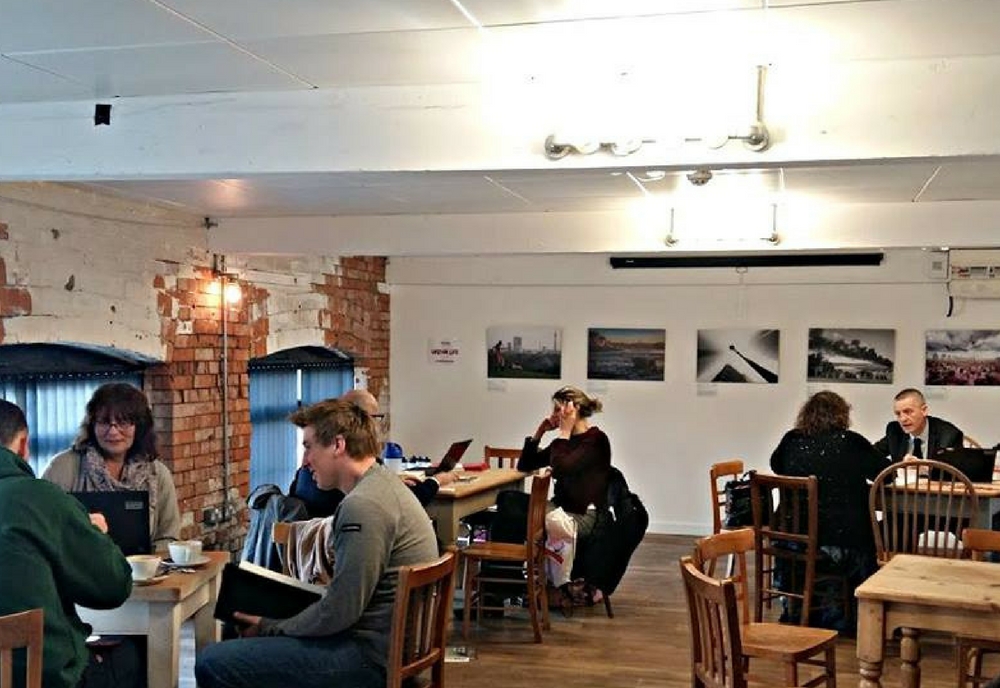 Newly refurbished room, giving us 3 amazing hire spaces, opens. The Morland Room, named to honour the heritage of the building, accommodates up to 50 people with separate ramp access from outside. Fitted out with blackout blinds it makes a great space for workshops, meetings and functions. 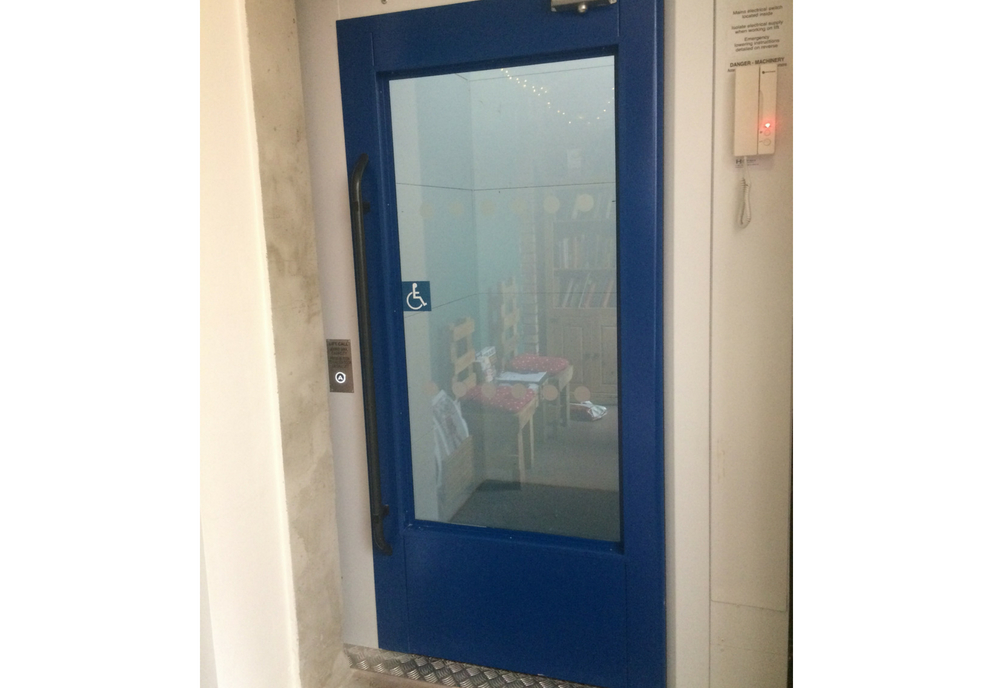 In April 2017 the building was finally fully accessible. The long awaited lift was installed and working giving everyone access to the first floor. This work was funded by the Mendip local Legacy Fund and Power to Change. All hire spaces also had hearing loops installed. With the disabled toilets on the ground floor too, the building was open to all. 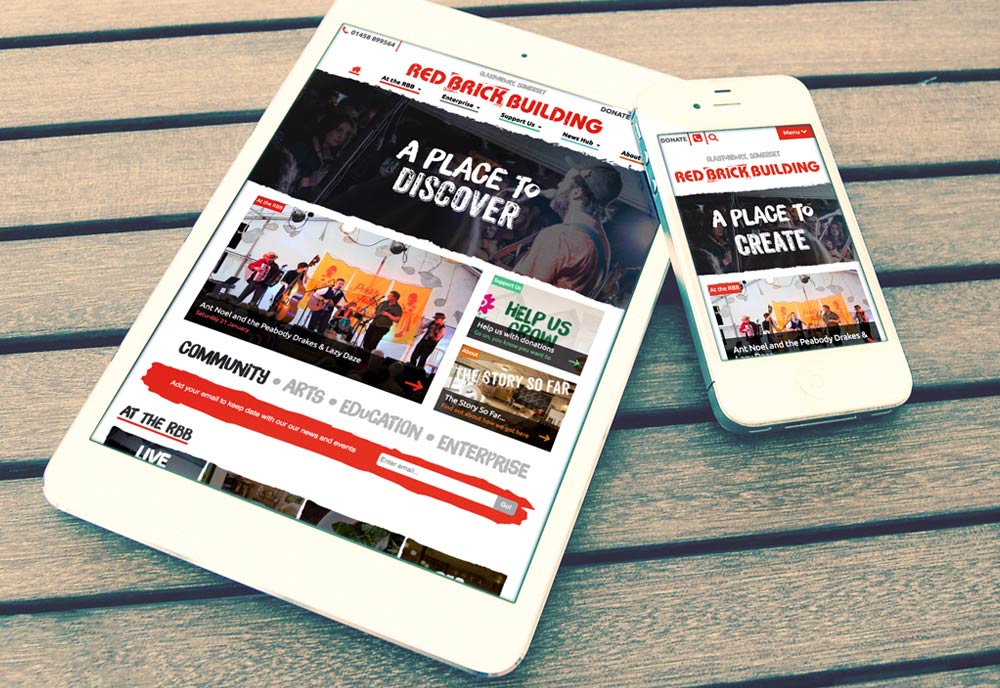 After months of development, our brand new shiny website launched with a fully integrated ticketing system and so much more information than our old one. Have a browse to see the latest news and what’s on.

In February 2016 we were lucky enough to receive a substantial grant from Power to Change. This has enabled us to carry out some essential building work and make internal improvements as well as covering some of our staffing costs for 18 months. 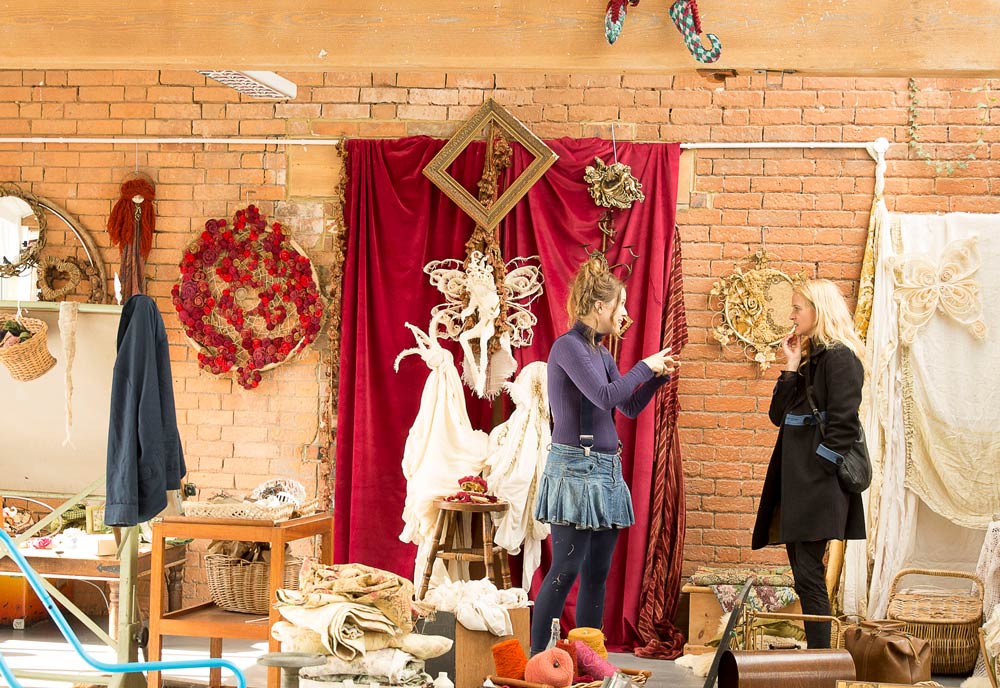 In January 2013 we finally opened the doors to the building and new tenants, ranging from local artisans, local businesses and community and charity support groups. Since then the project has gone from strength-to-strength offering a range of community events and activities and affordable space for new businesses. 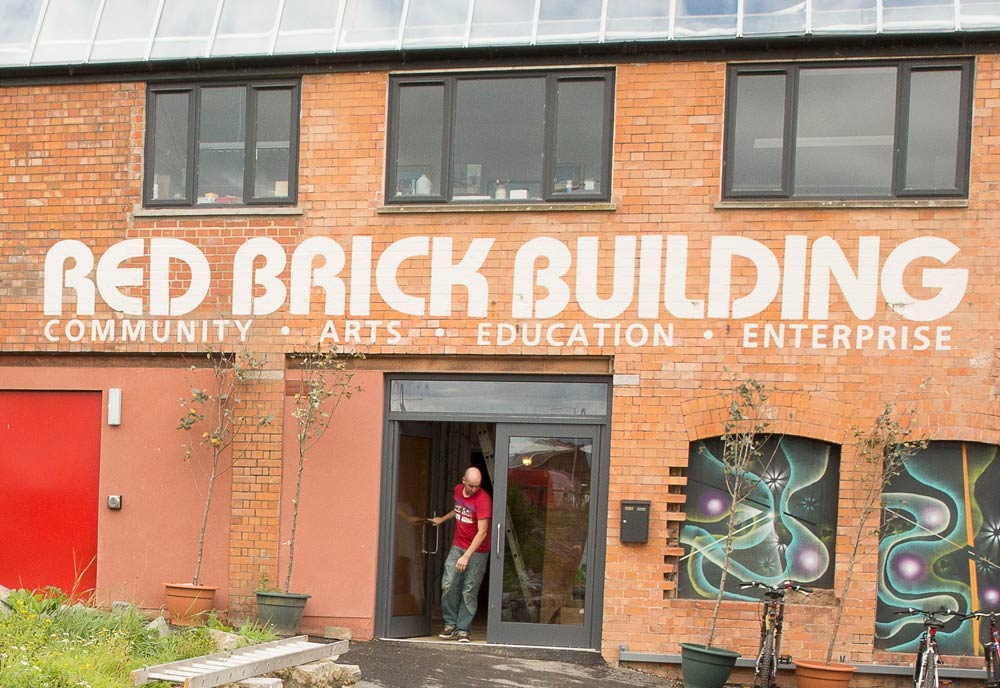 The legal structure of the Community Benefit Society means the RBBC has secured the building as an asset for the communities of Glastonbury and Street and surrounding villages forever. No individual can ever make personal money from this project.

Since the first part of the work was completed in early January 2011, many developments have taken place. The new visitors centre was built by volunteers out of recycled materials, masterminded by Robin Howell. 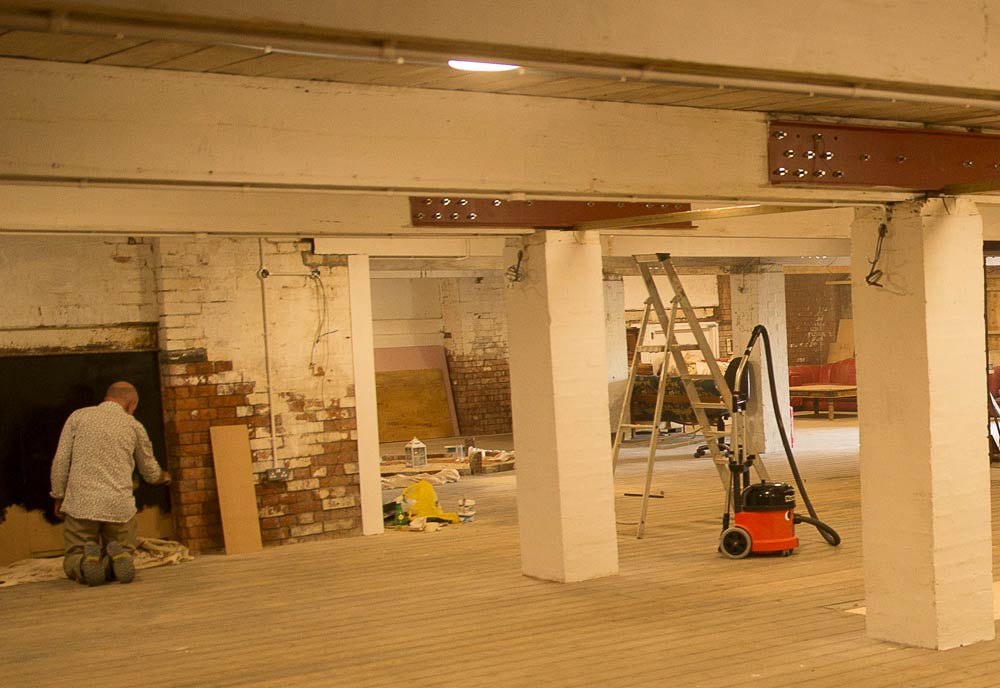 The start of the Red Brick

In December 2010, after long negotiations, we signed a Development Agreement with the then owners, South West Regional Development Agency (SWRDA) to undertake a first stage programme of work to make the building safe and waterproof. This work was undertaken by Ecos Homes, with help from volunteers.

The local communities of Glastonbury, Street and surrounding villages had worked hard to raise finance so the project could progress to the next stage. This was amazingly successful. We launched a community share offer in December 2010, and attracted 180 local shareholders who raised £105,000 by the closing date of February 28th 2011. We created an innovative RBBC Investors Club and five local investors have between them contributed £215,000. We had a loan of £40,000 from the Co-operative and Community Finance Company (fully repaid) and have received local grants. 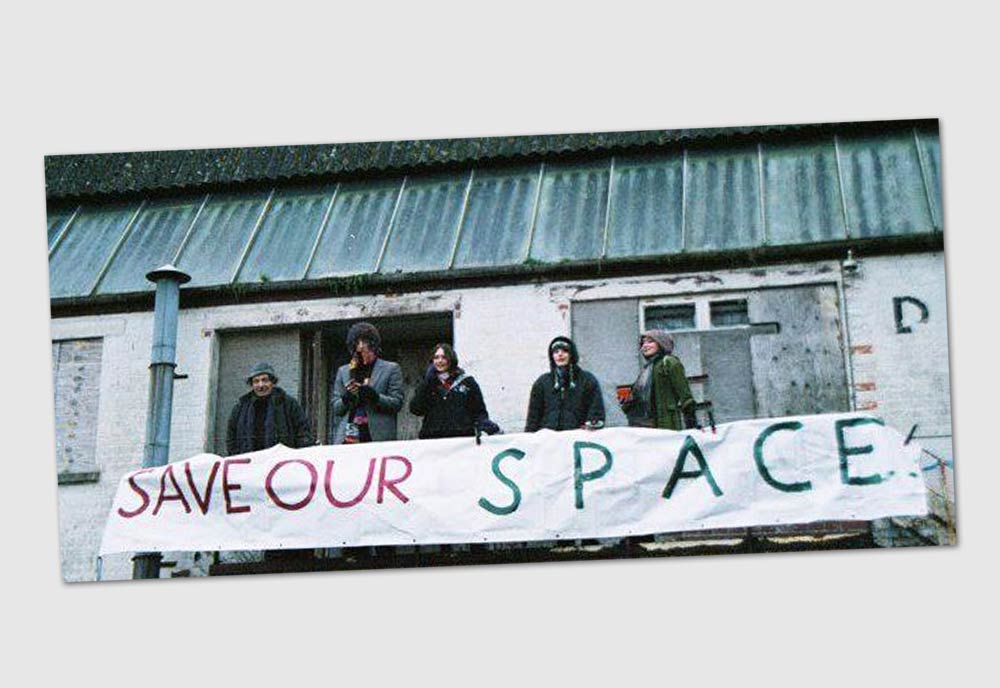 The building was saved from demolition in 2008 by concerned local young people who had a vision for its future. Since then, a group of local people have met regularly to plan the transformation of the building into a dynamic enterprise and community hub that responds to local needs and opportunities.

The Red Brick Building Centre Community Benefit Society was formed in August 2009 with the promise of delivering social and micro enterprise support, arts and community activity, and training in and demonstration of sustainable construction and refurbishment. 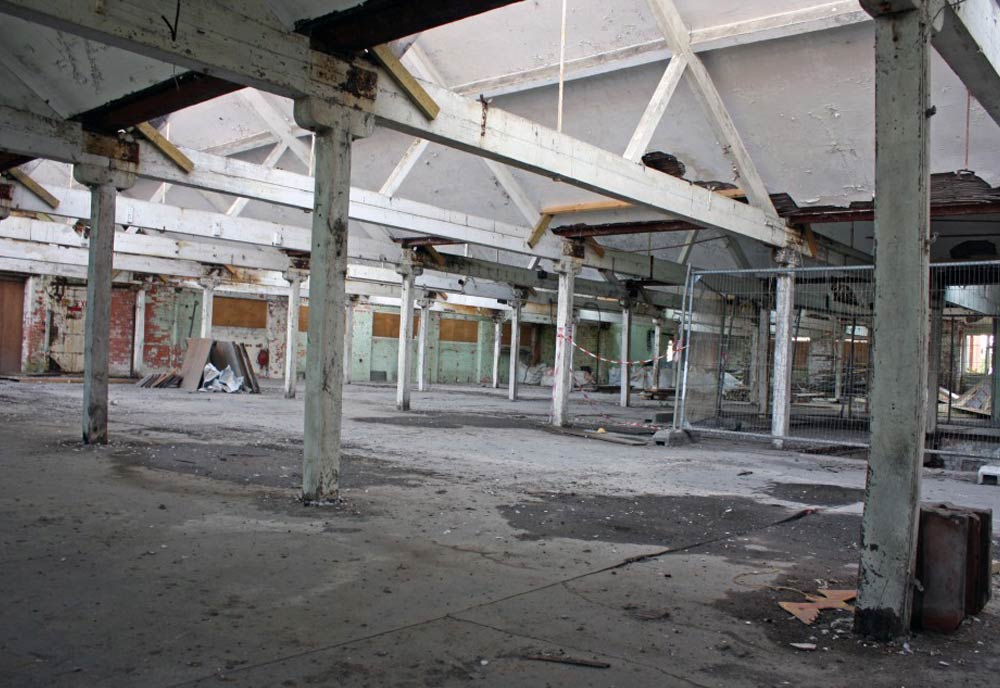 However in a changing market and under pressure from foreign manufacturers Clark, Son and Morland Ltd went into receivership in 1982. A new company, under the direction of Baily’s, was set up to make lines formerly made by Morlands but this closed in 1992 and tanning ceased. The building fell into disuse. 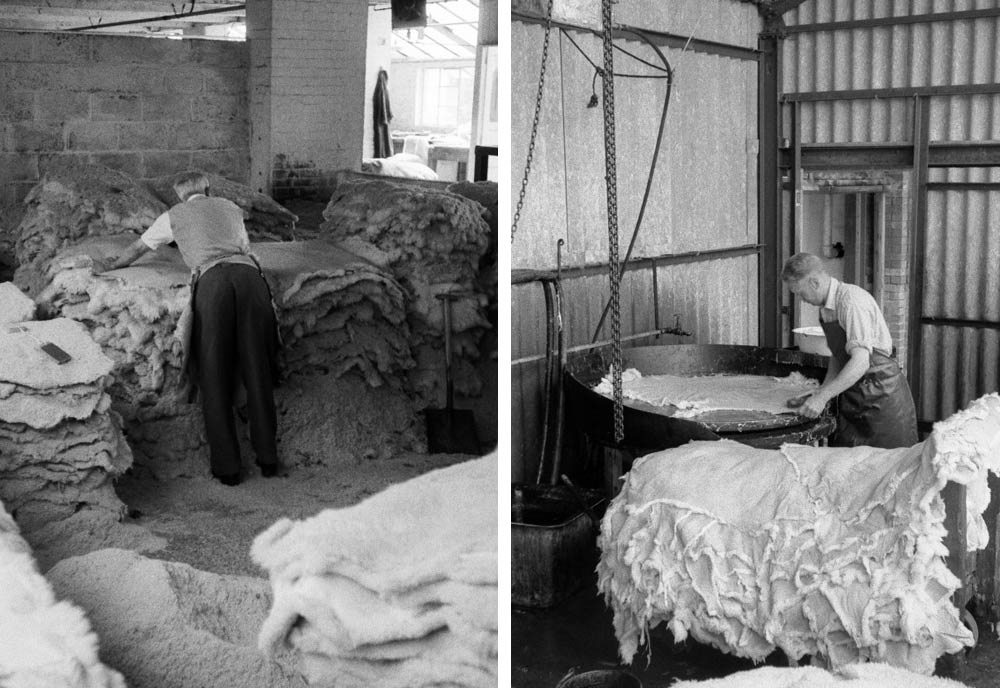 During the Second World War

During the Second World War, Morlands made flying boots for the Air Ministry, and skins for other firms to make into flying clothing. The technical advances made to meet Ministry specifications made improvements in the quality and appearance of the products. At the end of the war, the demand from the civilian market increased and  the firm concentrated on fleece lined leather footwear.

The market demanded a greater range of styles and colours and the business grew in the post war years, and with A.J. Baily and Co. Ltd, Morlands became Glastonbury’s largest employers.

The origins of the sheep skin factory

The origins of building date back to the 1800s. It was originally a sheepskin tannery known as Morlands. In 1870 a new partnership between James Clark, his son William, and John Morland (James’s son-in-law), was formed, bringing new capital into the business. The firm, Clark, Son and Morland, went into production in 1871 with 65 employees.

In 1925 the firm became a public company. Overshoes, designed to be worn over motorist’s ordinary shoes, were a popular product.