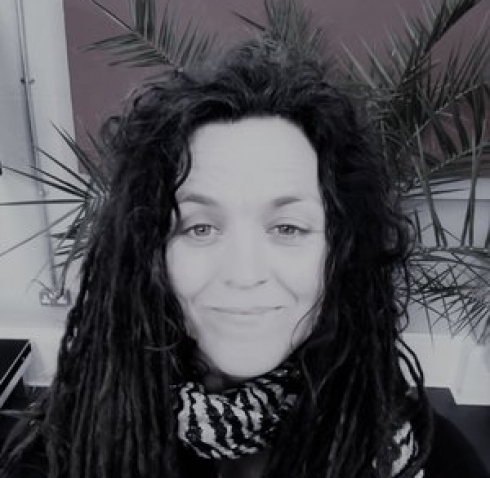 Tim is the Arts and Events Manager at the Red Brick Building. He curates our diverse programme of music, events and art exhibitions.

Tim is also a filmmaker living in Glastonbury and has a passion for creating films about the diverse local community.

Rob has lived in the Glastonbury area for over a decade with his step-son and daughter. He is a carpenter, builder and civil & structural engineer working on local projects, with a previous career with Fortune 500 listed AECOM Corp, as a Consulting Engineer for major projects both in the UK and globally.

Rob is a shiatsu practitioner and co-founded the Red Brick Community Health Practice. He later joined our team as Building and Facilities Manager. He is chair of Beckery Village Council; formed to further the combined vision of projects, businesses and authorities in Beckery. He is interested in community and home building.

Bon has lived in Glastonbury for many years with her four daughters and has been involved with numerous community growing projects. She loves growing food, herbs and flowers, especially ones that are beneficial to pollinators and the environment. She also works for Feed Avalon.

As Community Garden Coordinator, Bon manages the day-to-day upkeep of our beautiful Community Garden, as well as facilitates gardening workshops and horticultural therapeutic support groups for the local community.

Bon is in her element when working with groups from the local community, sharing and acquiring knowledge and seeing the positive health and psychological benefits that gardening can have on people. She designs and creates gardens, specialising in planting for pollinators and to re-establish biodiversity. She is an experienced bee keeper and designs and makes alternative beehives that have the wellness of the colony at heart.

Bon has a National Certificate in Horticulture and an HND in three dimensional design.

Having traveled extensively in Britain and abroad, Rachel has worked in festival production and also has experience working with Gypsies and Travellers. She is passionate about helping the most isolated and complex needs of people.

Tom has an active role in the overall strategic planning of the Building C project. He has extensive experience with charitable organisations and theatre work.

Tom has been a friend of the project since the beginning and has provided significant financial support.